The traditional black and white ‘finger post’ signposts in the North York Moors have become a cherished part of our landscape. In order to maintain and conserve these cultural features for future generations to enjoy, at the end of last year Building Conservation officers at the National Park Authority asked parishes and residents to let us know about these signs so they could be mapped and recorded on our Geographic Information System (GIS). The idea was to gain a better understanding of where the signposts are and their current condition. Many signposts are obvious, such as at modern road junctions, however others can be more hidden such as where they are located on old roads which are less used today. Local people looking out for signs during daily exercise was a useful survey method during lockdowns.

At the same time we were able to refurbish a few of the signs most in need of restoration using a locally experienced contractor – this will help ensure the longevity of these iconic features. The long term aim is to restore them all. 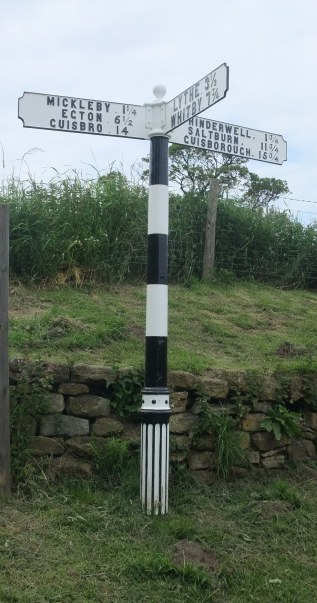 There is a vast array of different practical purposes to the signs; some make reference to the old North Riding District (pre North Yorkshire County Council), others warn of steep inclines, point towards historic monuments like a roman road or indicate public route ways and distances. Officers are keen to conserve the variety of designs and styles.

The work over winter was looking to continue previous work carried out by the Authority and the North York Moors, Coast and Hills LEADER Programme. This time there were limited funds available through the Anglo American Woodsmith Project Section 106 compensation and mitigation agreement.

Here is an example at Egton Bridge where signage has been recently consolidated. 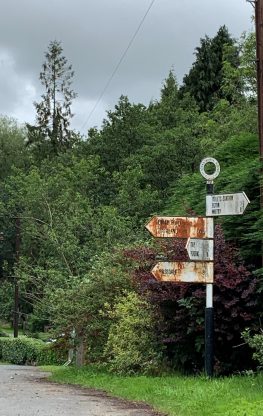 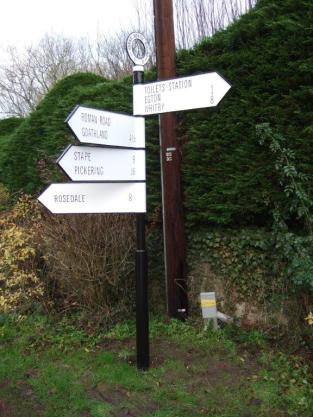 There must be something in the water in the North York Moors, having just started delivering the This Exploited Land of Iron Landscape Partnership Scheme, the National Park Authority and its partners* have also been successful at the first stage of securing a further £2 million of Heritage Lottery Fund money to develop our next Landscape Partnership Scheme – Ryevitalise.

The River Rye and its tributaries rise on the moorland of the North York Moors, flowing through fast and clear upland becks that carve out steep sided dales until the land flattens and the river slows and broadens taking on the character of the undulating Howardian Hills and the flat lowlands of the Vale of Pickering. The Ryevitalise Landscape Partnership Scheme under development will help appreciate and enhance the Rye’s verdant landscape and clear waters which have been prized for millennia for their beauty and tranquillity resulting in a more natural, better functioning and better understood landscape. 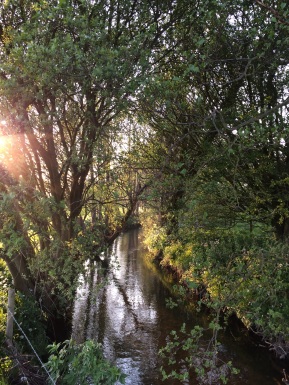 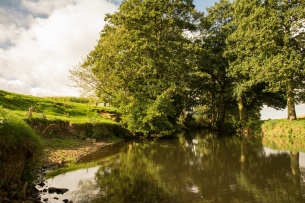 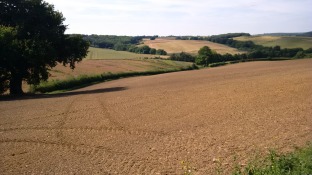 Without wanting to spoil the surprise of future blog posts, below are just some of the particular issues we are aiming to address through Ryevitalise scheme projects if we’re lucky enough to be successful in our Stage 2 application due in October 2018.

Water is the major theme of Ryevitalise. Through the Ryevitalise scheme, from the high moorlands to the lowland wetlands, we will identify priority areas of riparian habitat for restoration to ensure existing high-value habitats (and their species) are in positive management and can act as nodes from which to extend outwards by creating ‘stepping stones’ and connections between these habitat sites.

Wetter still, we will assess the geomorphology and key features of the aquatic environment and target areas where aquatic habitats could be improved by creating changes to the channel through creating gravel bars, by placing debris to create slacks or by making changes to river bank profile. This work will include a survey of the habitats and species of the oxbow lakes in the lower Rye, and also the collecting and analysis of sediment cores to look for valuable paleoecological data which might shed light on how the local landscape formed.

We have previously reported on the problems that fluctuating water levels in the River Rye
in Duncombe Park has on the White-clawed crayfish, the only native crayfish in the UK, 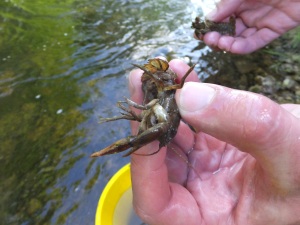 which is suffering from a “perfect storm” of threats. Ryevitalise will prioritise protective measures for the existing population and carry out a feasibility study to identify where potential local ark sites might be located. Ark sites for White-clawed crayfish would allow populations to become established in isolation, separated from the threat of non-native crayfish and the crayfish plague they can carry.

One of the Rye catchment’s smallest inhabitants is the Alcathoe bat. Relatively new to science, having been first identified in 2001 and only recently becoming the latest addition to the UK bat family, this little creature has only been found at two other sites in the UK so far. Ryevitalise will seek to establish a deeper knowledge of where colonies of the Alcathoe bat and other key bat populations are, along with the requirements to support their survival.

At the other end of the size spectrum and intrinsically linked to bats are some of the Rye catchment’s largest residents – its ancient and veteran trees. The area is a national hotspot for these giants that not only give an air of majesty to the landscape as living witnesses to history but also provide important habitat for many invertebrate species as well as providing important roosting sites for Rye bat populations. 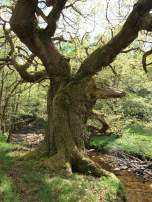 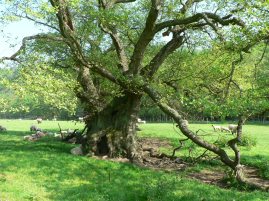 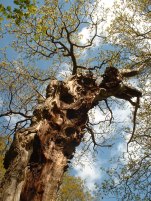 Not only is the Rye catchment home to iconic built heritage like Rievaulx Abbey, Rievaulx Terrace, Duncombe Park and Nunnington Hall but it also contains a wealth of less obvious heritage that traces vernacular land use and tells the story of the working River Rye. Working with local history groups, Ryevitalise will record the remaining evidence of man’s relationship with the river over the centuries, surveying and recording the traces of the former agricultural and industrial settlements along the river banks. Accurate 3D models will be produced of the principal remaining watermills, iron working sites, water races and leats. Essential conservation and consolidation work will be identified from the surveys carried out.

Like a lot of watercourses, it is not practical to access the river in its entirety at ground level. So as part of the Ryevitalise scheme an Unmanned Aerial Vehicle flight will record the entire 50km main river from its moorland origins all the way downstream to where it
meets the River Derwent. This will produce an invaluable record and will provide an insightful journey along the river for local communities, highlighting how this vital artery connects them all. Tailored sections of flight data will be made freely available to local schools, businesses, and community groups as a community resource; it will also form part of the scheme’s wider education programme.

We are all really excited about the next steps in developing the Ryevitalise scheme; the opportunity to make the most of the wealth of habitats, species and history surrounding the river; the potential to make a lasting difference to this wonderful landscape, and the chance to create a real splash.

A couple of weeks ago a demonstration event was held in Bilsdale, organised through the new (Yorkshire) Derwent Catchment Partnership*.

The event, kindly hosted by Mr and Mrs Lang, was held in order to share knowledge and experience when it comes to managing watercourses for wildlife benefits.

Initial discussions between landowners and Partnership organisations focused on  practical application. The Wild Trout Trust led on the practical demonstrations in the river. This included realigning some of the woody debris found in the channel in order to re-direct water flows. There was a lot of talk around the question of responsibility for trees in rivers, and when and where to remove or leave or realign them.

The practical demonstrations also included using natural materials to help stabilise banks in order to lessen erosion. One of the main issues with the Rivers Rye and Seph in Bilsdale is siltation which smothers river gravels and therefore inhibits spawning areas for fish with a knock on effect on fish populations. Riverside fencing and resulting buffer strips can have a significant effect in lessening agricultural run-off into a watercourse and so improve water quality. Creating 6 metre wide grass buffer strips along banks can not only help halt run off and help stabilise the banks with vegetation but also provide excellent habitat linkages adjacent to the river and so enhance connectivity along the river corridors running through a landscape.

Over this summer the National Park Authority has lead on another round of Himalayan balsam control, this time on behalf of the Partnership. This is the 8th year of this programme aimed at eradicating this particular invasive non-native plant at the top of the Rye catchment. Where the programme started, right at the top reaches of the the River Seph, the aim of eradication has almost been achieved, but repeat surveying and the pulling up of any individual plants that remain is vital to make sure this can be finally realised. Himalayan balsam can grow pretty much anywhere but it is particularly rife along watercourses where seeds are effectively spread downstream by the moving water. The main threat of the plant to a riparian habitat is that it tends to out compete native vegetation and then dies back in the winter leaving banks uncovered and subject to erosion. 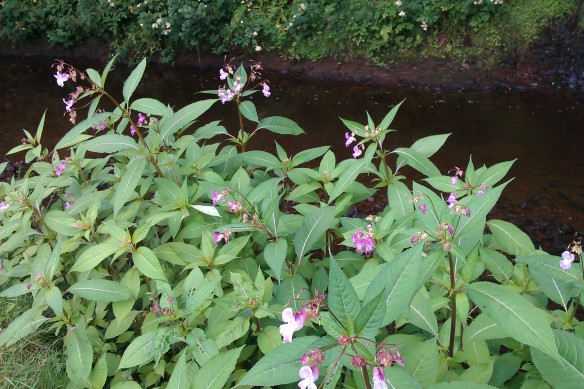 Enhancing the river for wildlife is a key goal for all members of the new Partnership. What is essential for delivery is the engagement of landowners and the identification of common objectives, and this kind of event can help with that.