2020 was a voyage of discovery for many people and my family were no exception. We discovered nature on our doorstep which we would never have made time to see if we’d have been zipping about to children’s parties and swimming lessons. Most of our daily walks have been in nearby Cropton Forest and Newtondale. Both peaceful and inspiring, and full of nature’s wonders …

The highlight for me was watching badger cubs playing in the sun near their sett. I was whispering to my children that they would never see such a special sight again in their lives. They were enthralled for a few minutes but equally keen to get back to their skipping and shouting!

A simple walk in the forest is filled with signs of wildlife if you know what to look for. We have seen evidence of roe deer from the ‘fraying’ they leave behind. This is where the males rub their antlers against sapling trees to mark their territory.

We found a leaf where an insect had been eating away inside and left a pale trail.

Some wildlife allows you to get close and this Golden-ringed dragonfly was very obliging. This was found on a walk where our son was in a ‘worst day ever’ kind of mood but the second they found a wet ditch to explore it turned into ‘best day ever’. They love a bit of Bear Grylls adventure.

Most children love the gross stuff so this cuckoo-spit, the home of the frog hopper, was also a big hit.

The shear scale of some wildlife is outstanding and there is one part of Cropton Forest which is literally alive with ants – Northern Hairy Wood Ants to be precise. Some whopping great big nests but the whole forest floor and tracks were covered with them too.

Right next to the ant city we found the nest of a bird that eats them. A neighbour told us they had seen the woodpecker going in and out but we weren’t patient enough to wait!

The dead birch tree was not only home to a woodpecker but also a lovely bracket fungi of which we have appreciated many.

The edges of the forest rides are often packed with flowers and I was very proud one day when our daughter was able to identify stitchwort and red campion. Here is a lovely pale pink marsh valerian.

Although a lot of our family walks have been in ‘commercial’ forest we are lucky to have some old broadleaved woodland nearby. This track near home is called locally ‘water bank’ and the age of the beech trees and the form of the land always makes me think of previous generations who have walked down that path, perhaps to collect water from the stream at the bottom.

Like many people we have said many times ‘I can’t believe we’ve never been here before’ and that was certainly the case when we found this verdant gem in Raindale.

If you were to ask my children which was their favour woodland walk they would say ‘swing wood’ for obvious reasons. There is something very satisfying and wholesome about watching the children play in such a natural environment.

So when we all get the chance again the nation’s forest, owned by Forestry England for the enjoyment of us all, will be a great place to go. A surprising amount of wildlife will be on show – in the meantime some animals (and some people) will be happily hibernating – this slow worm is under a pile of leaves until spring. 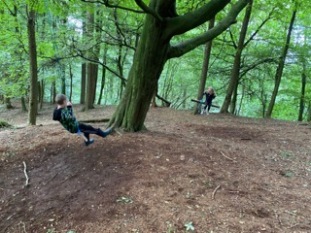 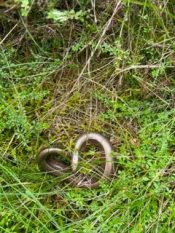 Even though there is less wildlife on show during the winter months the trees are there and they always make excellent dramatic subjects for the budding photographer, like these taken by my husband. 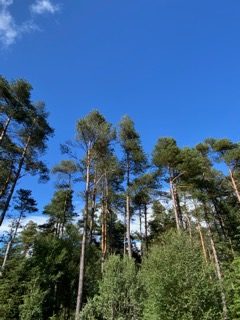 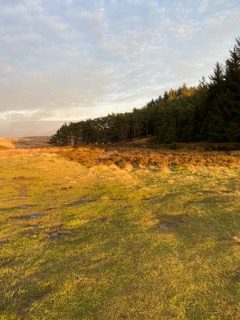 To keep up to date with the latest National Park situation in regards Covid-19 – see here.

Deep in Cropton Forest is a very special place called High Leaf Howe. Its actually just a grassy clearing within the forest with a large mound, the ‘howe’, in one corner and a ruined house in another. Our archaeologists are probably more interested in the howe but for me it’s the ruin that is magical. I recall my grandma Ethel talking very fondly of her childhood at ‘Leaf Howe’ which was a small holding of about 20 acres on the edge of Wheeldale Moor where they grazed 20 sheep. They also had 3 cows and my grandma had hens which she sold the eggs from to help her parents pay the rent to Keldy Estate*. Her dad made besoms (brooms used in the steel works to clean the slag off the rolled steel when it was red hot) from the heather and her mother cleaned the school at Stape to make ends meet.

*The Forestry Commission acquired the freehold of the Keldy Estate in 1948 to incorporate into their Rosedale Forest holding, now named Cropton Forest. 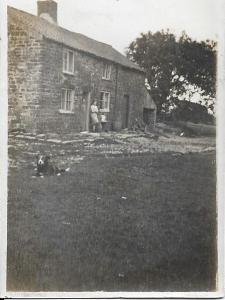 Recently I was looking into the census data for Stape and made a remarkable discovery. Not only had my grandma been born at High Leaf Howe but also her father Bertie in 1895 and his father George in 1851. Four generations of my direct descendants lived there.  During the first lockdown I was looking through some old family photos and imagine my delight when I came across a small black and white photo which had the words ‘Leaf Howe’ penned on the back! Even better I could recognise that the girl outside the house was grandma and the shy head poking out of the door was her mother Ada.

I have taken my father and my two children to see the old homestead, and although my son was more interested in climbing a nearby tree at the time I’d like to think my two will see the significance of this special place in the future. 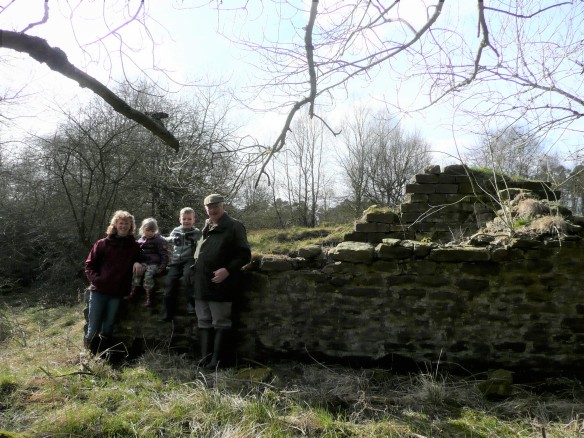 Forestry Commission England owns/manages considerable land holdings within and around the North York Moors and therefore has had and continues to have a major impact on the landscape and the natural and historic environment of the area.

This year the Forestry Commission is marking its centenary. Timber was a crucial resource in the First World War, relying on imports meant vulnerability and risk. Afterwards the amount of land producing timber in Britain was down to 4%, so the 1919 Forestry Act was passed setting up the original Forestry Commission to plant and manage public woodland and to assist private woodland. The Commission was to drive organised afforestation in order to build up a secure timber reserve.

Ever since then the objectives and priorities of the Commission have adapted to changing governmental policy and shifting environmental and social concerns. Its current mission is increasing the value of woodlands to society and the environment, the majority of its current holdings are mixed multi-purpose forests. As of 2018 10% of Britain is woodland cover. 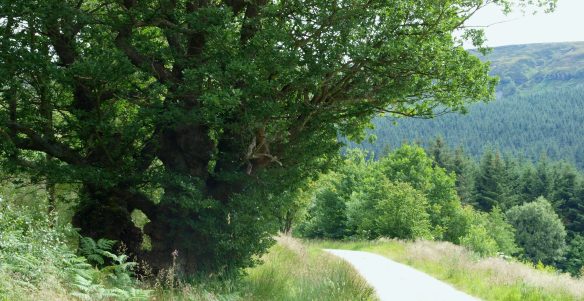 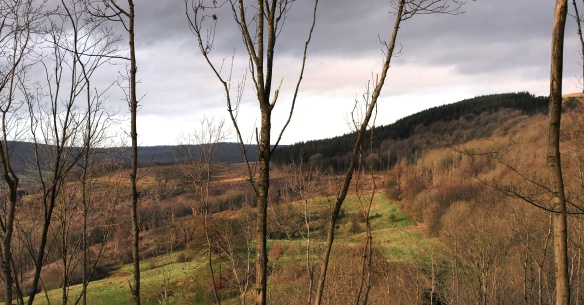 In the North York Moors…

Woodlands cover 22% of the North York Moors National Park and Forestry England (previously known as Forest Enterprise and part of the Forestry Commission) manages 60% of these. So understandably we like to work closely together to achieve the best for both organisations. We do loads of great conservation projects together and here are a few:

Ancient Woodland Restoration
Forestry England manage approximately 45% of the National Park’s Ancient Woodland Sites which have been planted with conifers since World War 2 (known as Plantations on Ancient Woodland Sites – PAWS). They are committed to restoring these sites back to nature-filled native woodland and we help to ensure that this can happen in a timely fashion through our comments on their individual Forest Design Plans which direct forestry management based on the qualities of the different forests. On difficult sites funding can be given through partnership projects like This Exploited Land of Iron to avoid delays and help facilitate management. 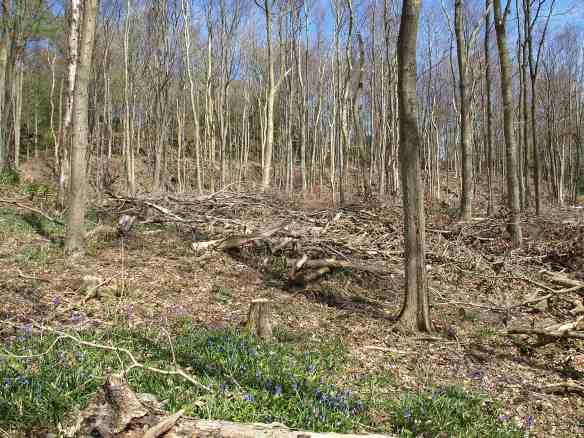 Veteran Trees
Forestry England manages a hugely important area of veteran trees at the Deer Park near Helmsley. The National Park Authority and Natural England work together with volunteers to help monitor and manage these amazing natural ancient monuments which support populations of insects, fungi and bats. 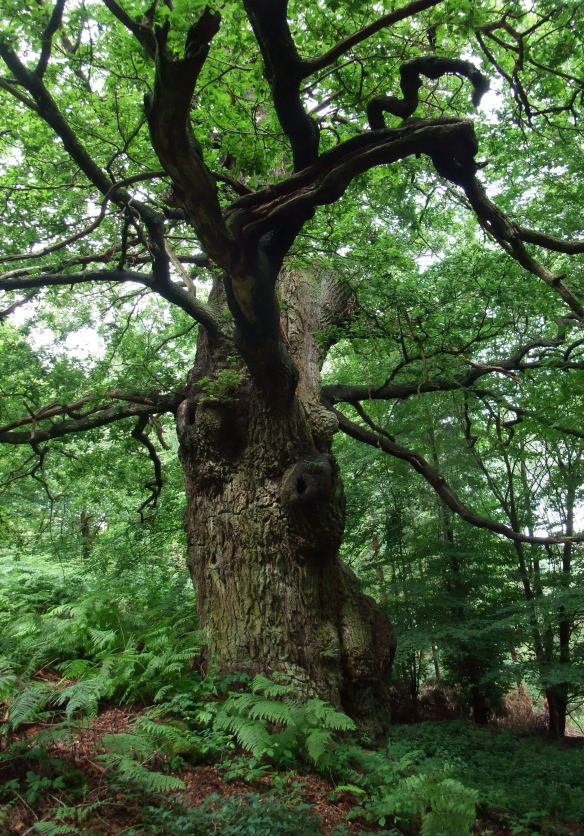 North Yorkshire Turtle Dove Project
Volunteers survey forest and farmland for these critically endangered birds and this partnership project will raise awareness at both organisations’ Visitor Centres (Dalby and Sutton Bank) as well as providing more flower seeds and water in key locations. The forests in the south east corner are particularly important for these birds.

Beaver Trial
The National Park have given Forestry England £20,000 towards the setting up and monitoring costs of their exciting Beaver Release Trial in Cropton Forest which will be underway shortly. It will be fascinating to see how much impact the beavers can have on the management of water with the forest. 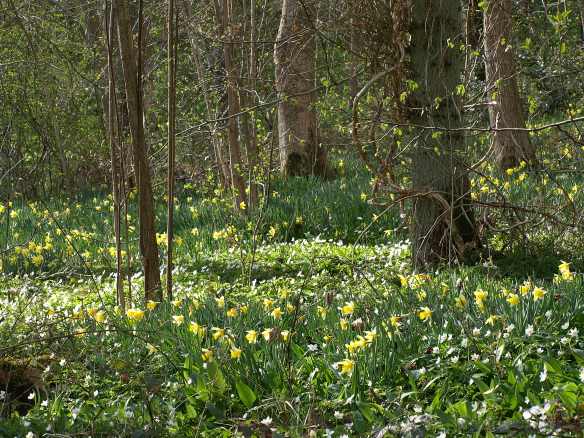 So Happy Birthday to our friends in Forestry England and the Forestry Commission who are celebrating their 100 years. To celebrate the centenary a new artwork was commissioned – the Nissan Hut by Rachel Whiteread is situated within our own Dalby Forest. 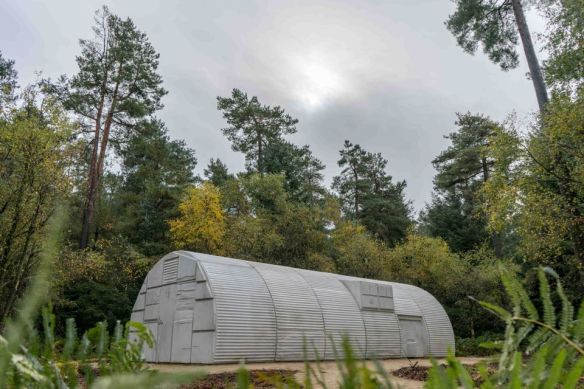