We have a new listed building in the National Park! It’s the clapper bridge carrying Ashfield Road/Wandels Lane across Danby Beck near Castleton – and it’s now Grade II listed. It was designated due to three principle reasons – its architecture, its historic interest and its rarity.

The Principles of Selection for Listing Buildings (Department for Culture, Media & Sport 2010) sets out how the Secretary of State determines whether a building or structure is of special architectural or historic interest and therefore merits listing. This states that most buildings and structures pre-dating 1840 should be listed. Historic England’s Listing Selection Guide for Transport Buildings (2011) notes that most pre-1840 bridges, where substantially intact, warrant serious consideration for listing.

Architecture – The earliest form of bridge typically surviving in use is the clapper bridge – large stone slabs spanning between boulders or abutments, built out of undressed stone. This example crossing Danby Beck is an interesting development of this most basic form in that it has carefully constructed abutments and piers using dressed stone. The herring-bone tooling indicates that the abutments date from the mid-C18 to the C19. The lack of masonry parapets and the general simplicity of the construction contributes to the interest.

Historic Interest – The absence of arches and the re-use of large slabs in their stead strongly suggest that this was a rebuilding of a medieval clapper bridge on the route between Castleton village and Howe Mill. The rebuilding was most likely in circa 1807 when the mill was extensively rebuilt and required improved access. All this contributes to the interest of the bridge.

The bridge has been adapted over time and still remains functional. The fact that the bridge was strengthened in 2006 by overlaying it with a reinforced concrete deck carrying the road surface does not significantly undermine its claim to special interest –the listing details note that the concrete and road surface are currently neither of special architectural nor historic interest.

The listing means the bridge is protected for the future in that any planned changes to its structure will need listed building consent which will ensure that the bridge’s special interest is conserved. 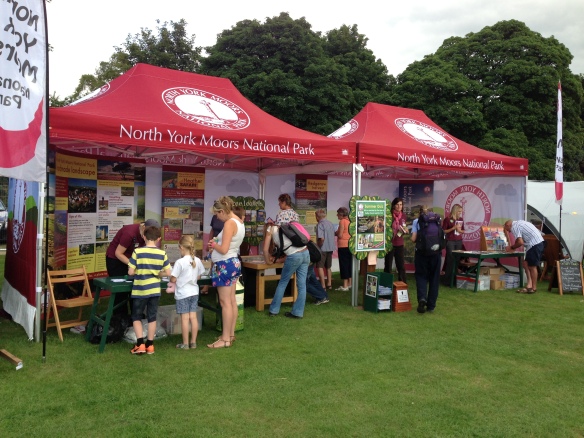 A highlight of my summer and one of the things that I look forward to every year is attending the local Agricultural Shows in and around the North York Moors, where I get the chance to help man the National Park tent.

This year I attended Thornton Dale Show and Rosedale Show. Having the chance to catch up in a less formal environment with farmers and land owners whom I have worked with over the years is great, and I love to find out how they have done on the day with showing their sheep and cattle. I also really enjoy chatting about the work I do at the National Park with the wider public and visitors; people that I wouldn’t usual get to meet.

There are still more Shows in the North York Moors this summer. 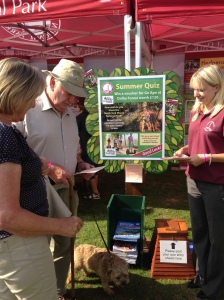 If you get the chance to come to one, call in to the National Park tent and see us – find out more about the National Park while the kids make a badge and do the quiz. Members of our Planning, Park Services and Conservation teams as well as an Area Ranger will be there. We are always happy to answer any questions that you have – we like a challenge.

Ami did get the opportunity at Rosedale Show to shoot a few video clips – if you want to have look – they’re on the North York Moors National Park’s YouTube page.

Kirsty went to Egton Show on 21 August – and got a few more photos. 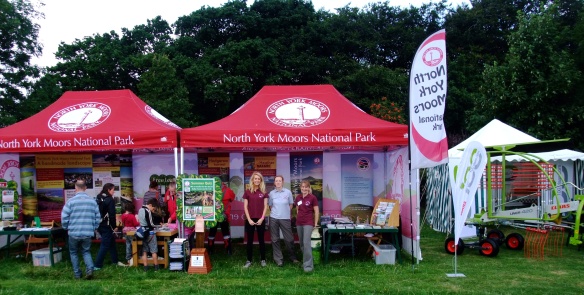 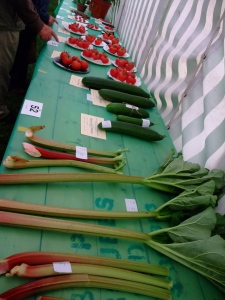