Trees give us so much – visually from a landscape perspective, environmentally by cleaning the air producing oxygen and storing carbon, and emotionally as spending time in a woodland is said to boost our immune system and have a restorative effect on our mental wellbeing.  They have also had a leading role in our cultural heritage and seasonal festivals for thousands of years.

At this time of year there is one tree in particular that stands out in hedgerows and woodlands across the land – relishing the freezing temperatures, still in leaf and adorned with bright red berries, it’s the humble holly tree (Ilex aquilarium). 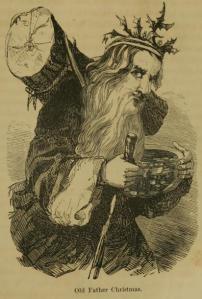 This species’ highly recognisable spiky, waxy leaves contain cells with anti-freeze properties and were historically used as winter forage for sheep, while the berries now continue to provide food and shelter for migrating fieldfares, blackbirds and thrushes. Pagan folklore has the Holly as the Winter King ruling over the cold winter months and providing food and shelter for wildlife during this crucial time, while the warmer half of the year is personified by his counterpart and adversary the Oak King; the two doing battle at the spring and autumn equinox to regain their crown. It is suggested that the origins of Father Christmas hail from the idea of the Holly King, traditionally dressed in evergreen.

The Romans gave boughs of holly to friends during the festival of Saturnalia – a celebration of Saturn and the winter solstice, later christianised to make Christmas. Christian mythology had it that holly sprang up under the footsteps of Christ, “the leaves’ spines representing the crown of thorns and the red berries the drops of his blood”. The name holly derives from “holy tree”; Jesus’ cross was said to have been made from holly wood. From medieval times holly was being used to decorate churches and people’s homes during the festival of Christmas, and it wasn’t until Victorian times that conifer trees started to take centre place thanks to Prince Albert.

In the Ryevitalise Landscape Partnership Scheme area we are lucky to have some of the largest specimens of holly in the UK. 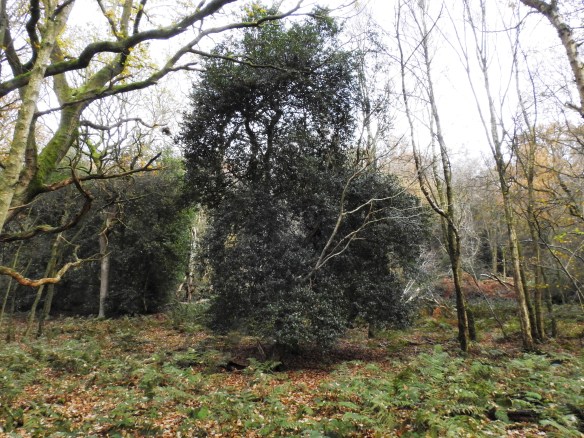 We also have some fantastic veteran and ancient oak trees in the Ryevitalise area; indeed one of the largest collections of ancient oak trees in northern England.  These arboricultural giants are home to one of the rarest mammals in the UK, the alcathoe bat. The presence of alcathoe bat was reaffirmed by the British Trust for Ornithology (BTO) who were commissioned to carry out research into the distribution of bat populations as part of the development of the Ryevtialise scheme. The River Rye riparian corridors and adjoining hedgerows provide feeding super-highways for bat species. Ryevitalise will be expanding on this research through a citizen science project that will train up and empower the local community to monitor both the local bat and veteran tree populations to ensure they are valued and continue to thrive in our landscape.

If you would like to find out more about the Ryevitalise Landscape Partnership, upcoming volunteer opportunities and events please keep an eye on our website pages.

3 thoughts on “The Winter King”