Has the snow ever stopped you from doing your job or getting in to work? It didn’t stop the workers on the Rosedale Railway! The locomotives used were fitted with snow ploughs to clear the tracks. Time is money.

Have a look at what the winter conditions were like for the workers on the Rosedale Railway in its time. 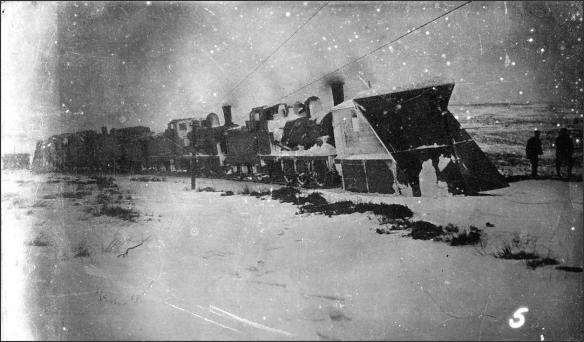 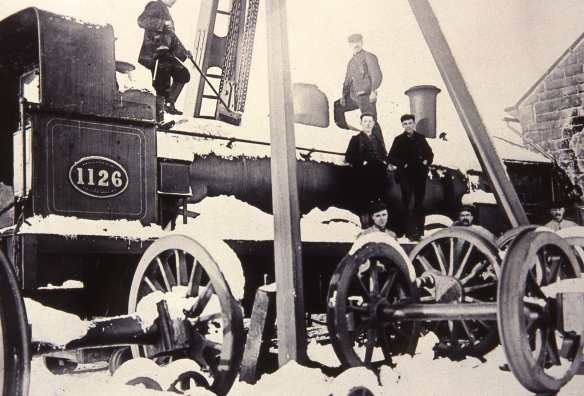 Rosedale Bank Top: Extensive engineering maintenance was done on site because of the difficulty of getting locomotives down off the moors – the extreme gradient change at the top of Ingleby Incline meant that 6 wheel locomotives couldn’t be taken down the incline without the centre wheels being removed. Sheer legs and lifting chains were used for removing or replacing locomotive wheel sets which periodically had to be machined to restore their circumferential precision. Spare sets were brought up, and the damaged ones sent to Darlington machining shops. Off the moors locomotives would go for maintenance to the Darlington engineering sheds. (Courtesy of Malcolm Bisby). 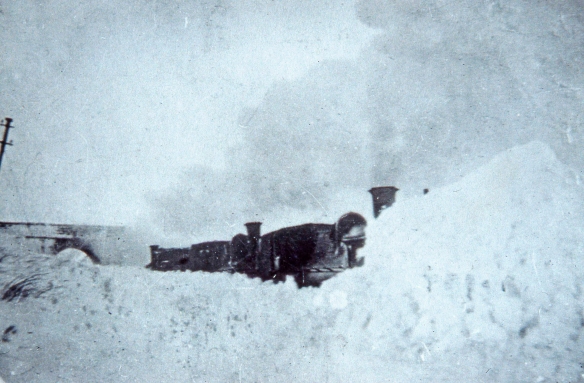 Clearing the snow under the bridge near Blakey Junction (courtesy of Malcolm Bisby). The Blakey Ridge road today runs right next to where that bridge was – you might still see its remaining parapet wall next time you go that way. 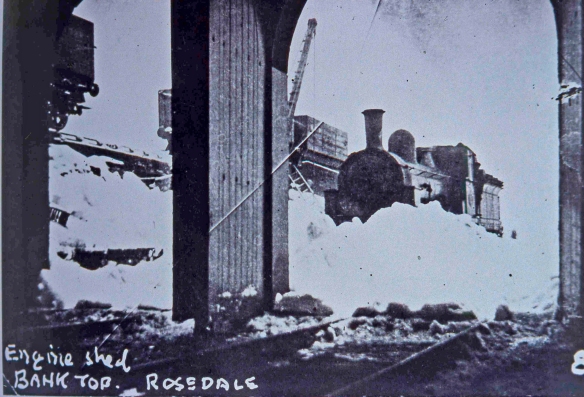 Rosedale Bank Top – severe winter drifting outside the engine shed (a William Hayes photograph courtesy of Malcolm Bisby). Towards the centre pillar is the coaling crane used for lifting coal out of standing wagons into locomotive tenders).

Further reading on Rosedale and its railway: