The British Film Institute’s Britain on Film Archive holds a number of amateur and professional films that feature the North York Moors and provide a treasure trove of 20th century cultural heritage. Each film is of its time – the sensibilities, the landscapes, the cars (or lack of them), the clothes – from a 1927 mediaeval pageant performed at Mount Grace and starring Sir Hugh and Lady Bell; to the Yorkshire Television documentary from 1985, The Unsleeping Eye, which went inside the RAF Fylingdales early warning station and couldn’t be more Cold War centric.

But many of the elements are also familiar – children playing on the beach, boys not wanting to dance, moorland sheep wandering across the road, the appeal of steam locomotives, and the unending desire to record moments in time.

The Yorkshire Moors 1950 features a mother and daughter, and two small dogs, exploring the moors and dales and ending up in Whitby where inevitably they count the 199 steps up to the church. There is presumably a husband/father behind the scenes taking charge as Director and Camera Operator. The North York Moors National Park was designated two years later and the landscape as seen was one of the main reasons for the designation. But its not all pretty scenery; for a few seconds there is a view of ‘disused iron ore mines’, which are probably near Skelton to the north of the present day National Park. 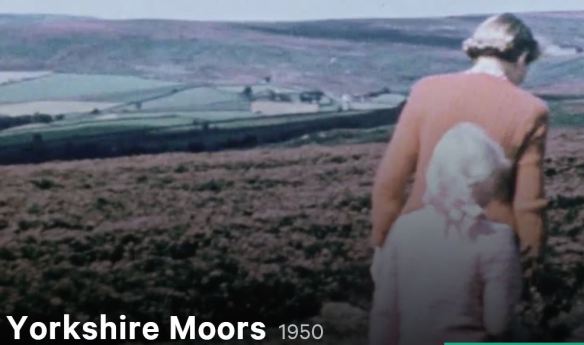 Staithes 1959 heavily features the village of Staithes and its cobble fishing as well as recording the wider countryside round about including the eroding alum industry remains along the cliff edges and shore line which have eroded a whole lot more since.

Without any sound or any intertitle cards the film maker’s motivation is left to the viewer’s imagination. 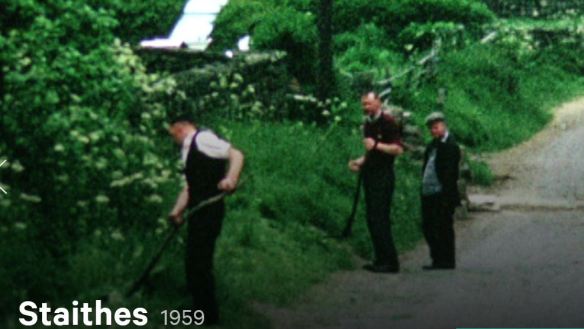 And then there is The Children of Eskdale made by Yorkshire Television in 1973. It’s a fly on the wall documentary about two generations of a farming family – the Raw family of Fryup Dale.  It’s about ordinary life in the early 1970s that happens to be on a farm in the North York Moors with all that entails. It comes with the low key reflection by John Raw on the dispatching of a couple of bantams “they come but they’ve got to go – that’s farming for you”.

The coldness of the winter landscape contrasts with the warmth and care that the family members have for each other. It ends with a understated act of familial kindness. 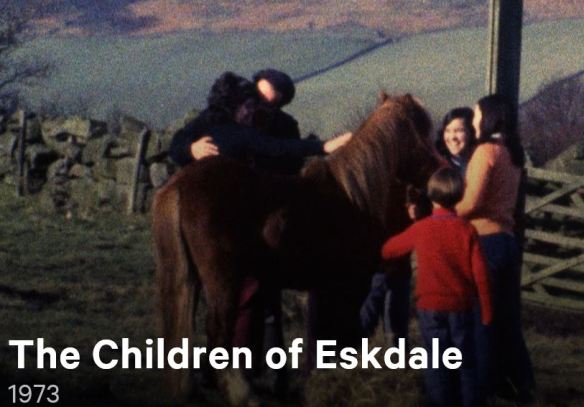 7 thoughts on “Face to face with the past”