Our work to safeguard Yorkshire’s last remaining population of Freshwater pearl mussels has received a £300,000 grant from Biffa Award. The River Esk in the north of the National Park is the only river in Yorkshire which still has a Freshwater pearl mussel Margaritifera margaritifera population. The population is estimated to be approximately 1,000 individuals and is in drastic decline. Pollution and sediment build up, decline in fish populations and habitat degradation are all reasons for this. 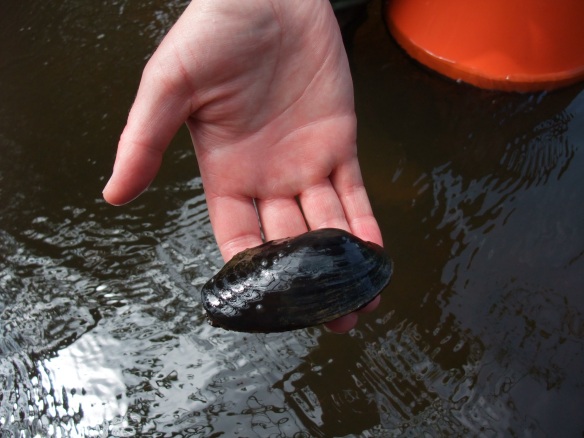 The grant received is part of a larger £1.5 million Biffa Award project (2015 – 2018) led by the Freshwater Biological Association that will also see river restoration carried out in river catchments in Cumbria and Devon where freshwater pearl mussels also survive.

One of the key elements of the project will be sharing knowledge and best practice with landowners, the local community and other conservation groups to help give the mussels a more sustainable future. The project will work with farmers to reduce sediment and nutrient input into the Esk, and volunteer groups and angling clubs will be involved in monitoring work such as sampling invertebrate life throughout the river and also restoration work such as planting trees along the river bank and tackling non-native invasive species. The funding will also help sponsor a Master of Research degree at Durham University, which will look at water quality throughout the catchment.

On top of this local effort, the national project will focus on improving the reproductive success of the Freshwater pearl mussel through the Freshwater Biological Association’s captive breeding programme. In 2007, mussels from the Esk were taken to an ‘ark’ facility in the Lake District which houses and breeds populations from threatened Freshwater pearl mussel rivers in England. We’re aiming for sections of the Esk to have been restored enough by 2018 to provide suitable habitat to accommodate the return of the juvenile mussels.

This is a brilliant opportunity for people from different backgrounds to get involved in the conservation of a rare and valuable species. They may not be cute and cuddly but freshwater pearl mussels are an important indicator species; if we get conditions right for them, it will have positive knock on benefits for a range of other wildlife such as otters, Atlantic salmon, dippers and kingfishers.

Biffa Award is a multi-million pound fund that helps to build communities and transform lives through awarding grants to community and environmental projects across the UK, as part of the Landfill Communities Fund. More information on the award is available at www.biffa-award.org. 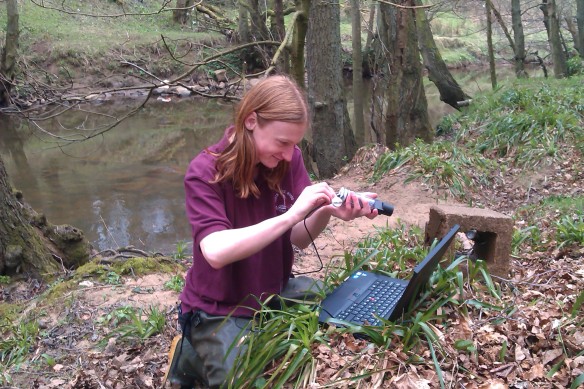 This new project which started in March builds on the WREN funded three year Freshwater Pearl Mussel project which finished in February.  This project had similar aims to the new project – to educate and involve people, and to carry out restoration work to limit nutrient and silt input into watercourses which damages spawning gravels and juvenile mussel habitats.

As well as nutrient and sediment free water the best habitat for Freshwater pearl mussels is a boulder stabilised substrate with pockets of coarse sand and gravel for burrowing. Water quality monitoring equipment was installed at the key potential re-introduction site on the Esk to measure a variety of water quality parameters such as dissolved oxygen, nitrogen and pH. Redox surveys were carried out to assess juvenile pearl mussel habitat quality – redox surveys measure the water quality within the river gravels (where the young mussels live). One of the Esk sites which was surveyed had redox readings which were potentially suitable for young mussels (which is really positive news), and a few other sites are very close to being suitable.

WREN is a not-for-profit business that helps benefit the lives of people who live close to landfill sites by awarding grants for community, biodiversity and heritage projects.

This is a long term effort. By 2018 all the work and funding over the last 10 years will hopefully come to fruition and the Freshwater pearl mussel will have a sustainable future in the River Esk.

7 thoughts on “Carry on saving the mussels”