Taken from final report for the Cornfield Flowers Project: ‘Out of Intensive Care’

The Cornfield Flowers Project was set up originally to save rare plants of arable fields in north-east Yorkshire. It is spearheaded by the Carstairs Countryside Trust in partnership with the Ryedale Folk Museum, North Yorkshire Moors Association and the North York Moors National Park Authority. The core project area covers the south of the North York Moors National Park. Beyond this it links across the Vale of Pickering, Howardian Hills and on to York and the Yorkshire Wolds in the south and across the moors to Cleveland in the north. 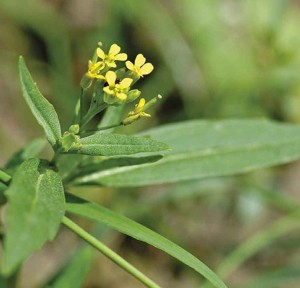 The grant funding for the 3rd five year phase of the Cornfield Flowers Project (‘Out of Intensive Care’) came to an end earlier this year. This phase was funded through the National Park Authority’s Sustainable Development Fund, the North York Moors Coast and Hills LEADER programme, the Heritage Lottery Fund and the Carstairs Countryside Trust.

Phase 3 of the Project has managed and enhanced

Species counts at these sites were either maintained or more usually, raised.

During Phase 3 the Project introduced suitable open ground species into four disused quarries where the conditions could be manipulated to offer opportunities to increase the number of places where the plants can be allowed to thrive. However the low soil nutrients and harsh micro-climates at these sites have suited only some species e.g. Red hemp-nettle, whilst most others have struggled, suggesting the use of such sites is limited. However one of the conclusions of the Project is that the target species are not just plants of farmed land, but properly plants of disturbed ground and a focus for the future could be other places where the ground is regularly disturbed.

The Project is only possible due to the dedicated work of volunteers and the involvement of participating farmers. Phase 3 set out to engage the wider public in further participation in rare plant conservation through recruiting volunteers to expand seed stock and to act as species custodians as well as people, groups and schools willing to plant cornfield flower areas. A core of custodians has remained dedicated to the aims of plant conservation over the years, enabling a vital consistent supply of seed. The creation and management of cornfield beds has proven popular because they are effective even in small areas and the intense flowering display provided by the mix of species has attracted people along with the obvious signs of benefit to bees and other insects. One of the issues that became apparent initially was the widespread misunderstanding about the difference between arable land and meadow land, and the differences between their plants and required management. The ground the arable plants grow in needs to be disturbed (as if cultivated) for them to survive.

The Project has worked directly with 14 volunteer farmers managing areas of their farms for arable plant conservation and as species reintroduction sites. The greatest determinant of arable wildflower success is the dedication of the individual farmers themselves, and their willingness to encourage these plants above and beyond what would usually be required from an arable management regime. Maintaining a variety of core farms throughout the project area is essential to provide the widest range of conditions (soil type, microclimate etc.) to benefit the greatest variety of arable plant requirements and mitigate against localised losses at one site. In addition the Project has reached out to farmers through organised events and provision of advice and through working with agri-environment scheme providers to establish what species remain where in the wider area. 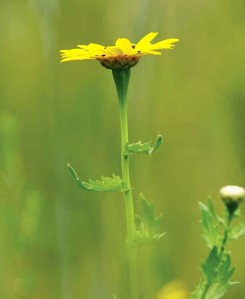 The sharing and spreading of knowledge is an essential element for the future of the species’ conservation. Hands-on growing of plants has proven to be the very best method for volunteers to become familiar with arable wildflowers, learning as they go through experiences of failures, pests, flowering times and seedling identification, with ready access to a Project Officer to answer any queries when needed. 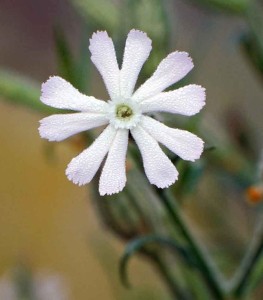 Documenting the origins and movement of seed to ensure locations and provenance are recorded has been vital and will serve as an historical record of the Project’s work. Because much conservation targeting is based on species rarity, clear distinctions need to be drawn between native sites / plants and those reintroduced by the Project, so as not to impair wider conservation efforts or devalue any species by misrepresenting its true status. The Botanical Society of Britain and Ireland (BSBI) study UK plant distribution and taxonomy, and operate a recording and mapping scheme that informs national plant Atlases and County Floras. The Project has provided them with records for local vice-county areas 61 and 62 (North-east Yorkshire and South-east Yorkshire respectively). One outstanding issue is how many years an introduced plant must be self-sustaining, without further reintroductions, before its ‘introduced’ status can be relaxed. 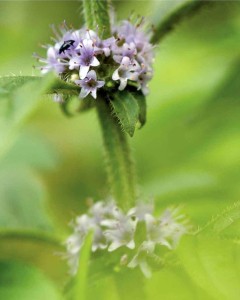 Steadily expanding survey coverage, along with increasing botanical expertise of the Cornfield Flowers Project and its volunteers, resulted in continuing species discoveries of national or regional significance, including a number previously thought regionally extinct. As well as new species found in the area during Phase 3, rare species were also found at new sites.

The current Management Group are determined to keep the work going to sustain the effective conservation of arable flowers in north-east Yorkshire. A plan for how to move forward – to maintain the momentum of the project, provide responsibility for maintaining the seed stock, consolidate affinity with participants over the future of the project, and provide ongoing enthusiasm and focus – is still taking shape. In the meantime the Carstairs Countryside Trust are providing funding for an additional year.

Tom Normandale and Chris Wilson have been the  whole-hearted proactive Project Officers for the Cornfield Flowers Project. Chris is now retiring from that role but will continue his involvement. Tom remains as a dedicated Project Officer.

1 thought on “Out of Intensive Care and into rehabilitation”