Previous surveys indicated that there were only 67 existing Juniper plants within the boundaries of the North York Moors National Park. These plants are widely distributed and are considerably fragmented and isolated, with the very largest of these sub-populations sizing up to a mere 24 individuals. The majority of plants at other sites are confined to a solitary existence across largely inaccessible habitats (such as dale heads and scree slopes). This may be the reason that they have managed to survive to their great age, but it also makes them somewhat difficult to access. It was clear that if we are to restore and conserve juniper throughout the North York Moors then conservation action was required.

Records here at the National Park Authority indicate that there have been at least 1752 new Juniper plants planted across the National Park mainly by volunteers and schools between 1990 and 2012 from both seeds and cuttings. If all of the new introductions were to prove successful, these efforts would have increased Juniper numbers across the park by a staggering 29 times. A number of planting techniques were trialled and so what is needed is an assessment of their success so we can do more of what works.

Threats to Juniper in the North York Moors National Park

Here is the good news – during my travels so far a colleague and I stumbled upon what appeared to be a Juniper seedling, and outside of any of our reintroduction areas! After closer inspection it was clear that the baby juniper was indeed a product of natural regeneration. We promptly put a guard tube over the tiny seedling to give it maximum protection against herbivores.

This is a big deal here in the Conservation Department. Although it is only one additional plant it is a sign that Juniper does have a chance of long term survival in the North York Moors and that the protection and planting efforts so far are worthwhile. 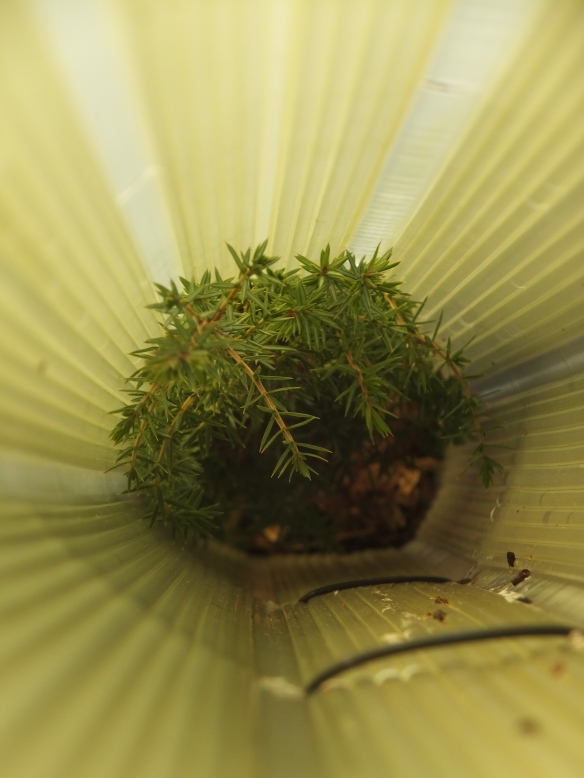 At last there is hope in what at times has appeared to be an uphill struggle! The discovery indicates that we should continue to act for Juniper to provide it with a fighting chance of survival; and although this evidence of natural regeneration is significant, the scale of regeneration required for Juniper populations to self-maintain across the North York Moors is still a distant goal. 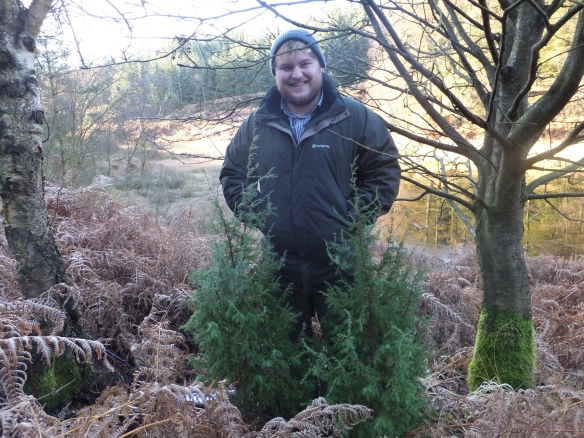 Attempting to document and record all of the Juniper across the North York Moors has lead me to all corners of the National Park And with the majority living in hard to reach locations, they are often complimented by an impressive view and a remote surrounding.

With many more planted sites still to visit and a few more mature plants to assess I have lots to be doing. I know I’m going to be incredibly busy for the next few weeks. I’d be grateful for any reports of Juniper plants and their condition, mature or planted, within the North York Moors. Please contact conservation@northyorkmoors.org.uk