A green bracken covered hillside in the sunshine would be seen by many visitors to the National Park as an unspoilt piece of countryside, but how many would imagine that bracken is actually Public Enemy No. 1 for rural archaeological sites?

Bracken has its place in biodiversity, but in the wrong location it can be very destructive for the historic environment. Because of the way the underground parts of the plant (the rhizomes) develop and spread, this inoffensive looking plant can cause enormous damage to fragile deposits and features below the ground surface. So the alarm bells start ringing when I see bracken growing on some of the best-preserved sites across the National Park, many of which are protected in law as Scheduled Monuments because they are considered to be nationally important.

Organising the treatment and control of bracken growing on Scheduled Monuments has been a big part of my work as Monument Management Scheme Officer over the summer. I’ve often felt daunted by the sheer expanses of bracken hiding what I know to be wonderful archaeological sites and have had a number of unpleasant experiences pushing my way through waist-high bracken fronds. However, with a little perseverance and the goodwill and cooperation of very many people we’ve arranged for bracken to be sprayed on 35 Monuments this summer and I think we’re starting to have an effect. Landowners and farmers, partner organisations such as Natural England, the National Trust and the Forestry Commission, archaeological consultants, land management contractors and my colleagues in the National Park have all helped in the targeted battle against the bracken. From Bronze Age burial mounds and prehistoric field systems to medieval rabbit warrening features and 18th century alum working sites – many different types of site have needed attention and I’m hoping that when I go back to these Monuments next summer I will be able to see archaeology where I could only see bracken this year.

Our fight against the bracken has been possible because of the North York Moors National Park Monument Management Scheme (MMS). This programme was set up in 2009 in partnership with English Heritage in order to improve the condition of Scheduled Monuments on the Heritage at Risk register, which is published annually by English Heritage to highlight the Monuments across the country considered to be most under threat. The aim of the MMS is to remove as many Monuments as possible from the Heritage at Risk register by improving their condition. The risk is the possibility of the destruction and loss of nationally important Monuments. 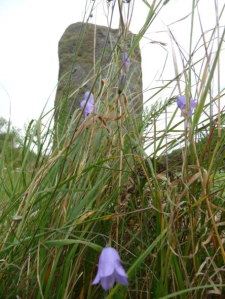 The MMS is now into its fifth year and it’s working very well – helping landowners and farmers to improve the condition of Monuments on their land by arranging for management and repair work to be carried out. Usually we commission an archaeological consultant to draw up a Management Plan identifying the work needed without causing further damage to the Monument, and supervise contractors to carry out the work once everyone is happy with what has been proposed. With bracken control and other vegetation management work, it’s very important that treatments are repeated in subsequent years in order for it to have a full effect.

Extra feet on the ground…..

involved in our drive to remove Monuments from the Heritage at Risk register. In the spring our enthusiastic volunteers were trained in what to look out for and now we have Jo Collins who works for the MMS two days a week coordinating their efforts out in the field. The Volunteers have been busy over the summer visiting Monuments to give us an up-to-date record of their condition. This is

immensely helpful as we have a huge number of Scheduled Monuments in the National Park (840 – the highest density within the Yorkshire region, and second in number to only one other National Park). Many of these Monuments haven’t been visited for several years and have almost fallen off the radar for regular monitoring, but with the help of the volunteers we can identify any problems developing and then try to address them through the MMS.

136 Scheduled Monuments were on the Heritage at Risk register before I started work on MMS – we’ve removed 38 since then, but we still have a long way to go!

A word about the photographs – some archaeological features are sometimes difficult for non-archaeologists to make out – but if you can get your eye in and learn to recognise different shapes on the ground ….. 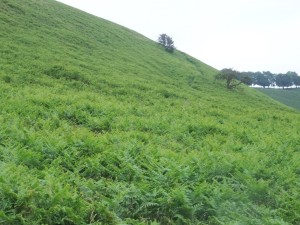 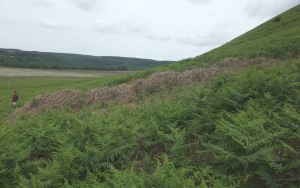 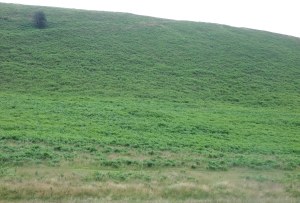 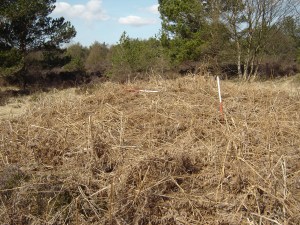 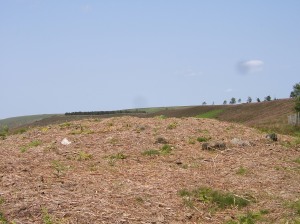 16 thoughts on “Looking after Scheduled Monuments”