I’ve been busy collecting seed from around  Rosedale with Alex and Sam (our LEADER Volunteer). We have used two methods of collection:  seed suckers (a leaf blower in reverse!) are used to collect seed from lots of different plants all at the same time whereas collecting by hand means we can collect the specific type of seeds that we’re after.

The seed will be used in the churchyard of St Mary and St Laurence which occupies the site of the former Rosedale Abbey. Within the churchyard we are creating a mini meadow full of wild flowers. The particular area in the graveyard earmarked for the meadow is where workers from the 19th century Rosedale ironstone mines are buried. There are no gravestones here, as many of their struggling families couldn’t afford to have one.

Hay meadows are not as abundant in the North York Moors National Park as they are across in the Yorkshire Dales, where they are a distinctive part of the scenery. Because we have less of this resource the meadows that we do have are very important for wildflowers, insects, butterflies and birds. 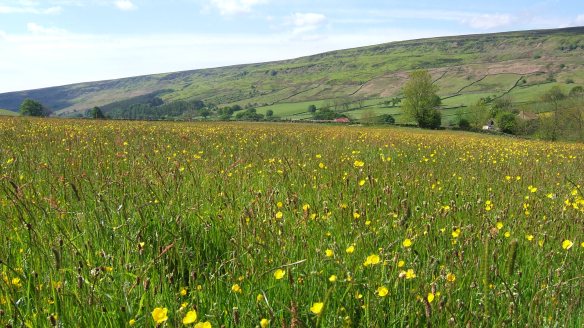 It’s important to have a large variety of plants in a hay meadow rather than a wall-to-wall carpet of just one or two species. This provides a diversity of food plants for a wide range of insects which then feed birds, as well as producing flowering plants for bumble bees and butterflies such as the Meadow brown.

For the mini meadow, amongst the plants we are hoping to encourage are the ‘usual suspects’: Ribwort plantain, Red clover, Ox-eye daisies and Meadow buttercups.

In addition, a particularly interesting and useful species is Yellow rattle. The local name for it is “Poverty” because it is semi parasitic on grasses and therefore reduces the amount of grass that grows in a meadow. It’s a good plant to introduce at the start of a hay meadow creation because by subduing the grasses it allows other plants to become established and thrive.

Another nice plant to have is Pignut, which is attractive to a small sooty black moth appropriately named the Chimney-sweeper. If you walk through grassland where there is pignut at this time of year there will be an abundance of these tiny black moths.

Also we’ll be hoping for interesting grasses like Crested dogstail – the top of the stalk is flat on one side and rounded on the other, like a dog’s tail – and Sweet vernal grass which gives off the classic vanilla-like smell of new mown hay.

The next stage in the meadow creation is to cut and rake an area of grassland in the churchyard and spread the seeds that we have collected. 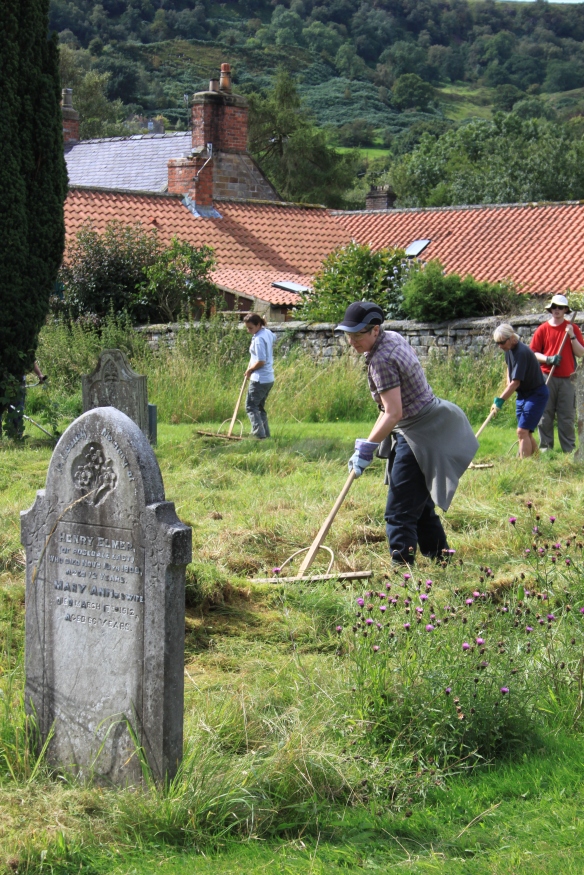 If you would like to help out with the mini meadow creation check out the Rosedale Abbey website for all the details.

We’ll be letting you know how we get on in future posts and in a while showing you the results.