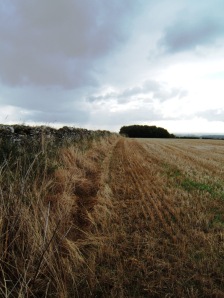 wildlife organisations have joined forces to undertake an assessment of how nature in the UK is fairing. If you haven’t had a chance to have a read, you can find a copy of the report here.

The overall message is a bleak one. Of the species that we have enough data to analyse a trend – the reasonably common or well studied ones – 60% of species have declined over the last 50 years. One in ten species are considered to be under threat of extinction in the UK.

However, something else struck me and offered some cheer. England still supports a fantastic diversity of wildlife that inspires us and enriches our lives every day. Many of these species are in trouble, restricted to tiny islands of suitable habitat in an inhospitable countryside, but they are still here. It is a huge challenge but if we can find a way of making our towns, villages and countryside friendlier for wildlife then it’s not too late.

If we cannot start to address some of these weak links even in our National Parks then it will be much harder in the wider countryside. But there are a huge number of people and organisations working to protect and enhance the fantastic wildlife of the North York Moors. There are farmers and woodland owners who care passionately about the plants and animals they share their land with.

The North York Moors National Park Authority has launched a new ‘Connectivity’ Programme, which has identified key areas where we feel the landscape could be improved to make it more wildlife friendly. This might be planting trees and hedgerow corridors, or connecting up old farm buildings to help bats. It might be buffering species-rich grasslands or creating new habitat patches to help rare butterflies. It might be planting woodland to link up fragmented, isolated patches. We have set aside money to support landowners and land managers in developing these networks along four simple principles:- 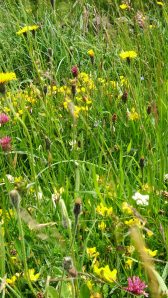 It is early days but the response and enthusiasm from farmers and other land managers has been fantastic.

I was mulling over the challenge facing us last weekend whilst digging a pond in the garden with my son. He wants to see tadpoles but we decided to wait and see what comes along by itself. If ours was the only garden with a pond then we would never see a frog but we know that our neighbours have tadpoles so I’m confident we’ll have frogspawn next year.

So securing a future for wildlife is not just about having great habitat, it’s ensuring that there’s enough of it and that species can move

about between the patches. Of course, a lot of the species and habitats that we are trying to help in the North York Moors National Park have much more specific requirements than the common frog and need it provided on a much bigger scale than garden ponds. It won’t be as easy but the principles are the same.

It would be great to hear your thoughts and ideas about how our new Connectivity Programme could improve the North York Moors for the special wildlife that lives here.